Recent scientific studies on machine ethics have raised awareness about the topic in the media and public discourse.

“A driver in a precarious situation often does not have time to consider moral outcomes, while a machine is more analytical”, says John Bonnefon in this article on social dilemma’s to consider for autonomous vehicles.

Moral Machine is a platform created by MIT Media Lab. It is build for public participation in and discussion of the human perspective on machine-made moral decisions made by machine intelligence, such as self-driving cars.

The website aims to take the discussion further, by providing a platform for 1) building a crowd-sourced picture of human opinion on how machines should make decisions when faced with moral dilemmas, and 2) crowd-sourcing assembly and discussion of potential scenarios of moral consequence.

Have a try yourself.

It really makes you think about the life threatening decision-making choices machines will have to make on the roads of the future. 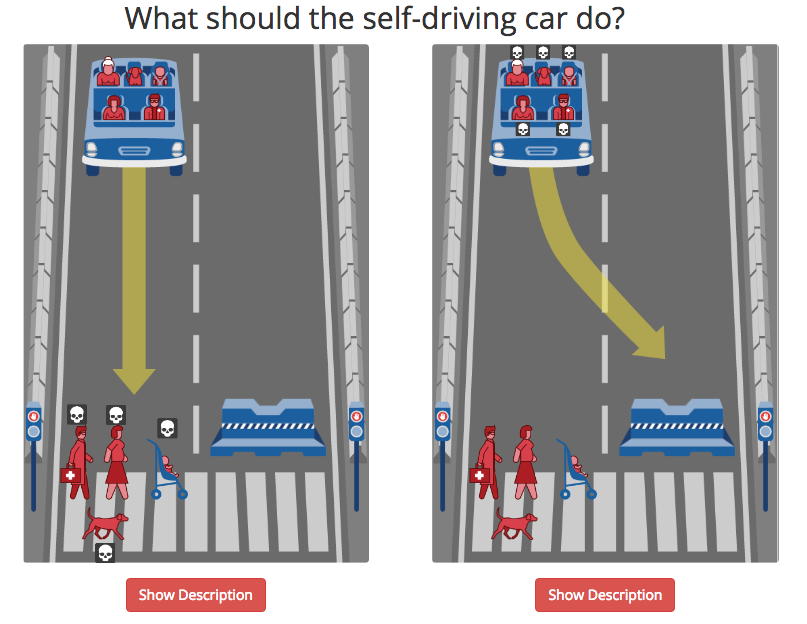 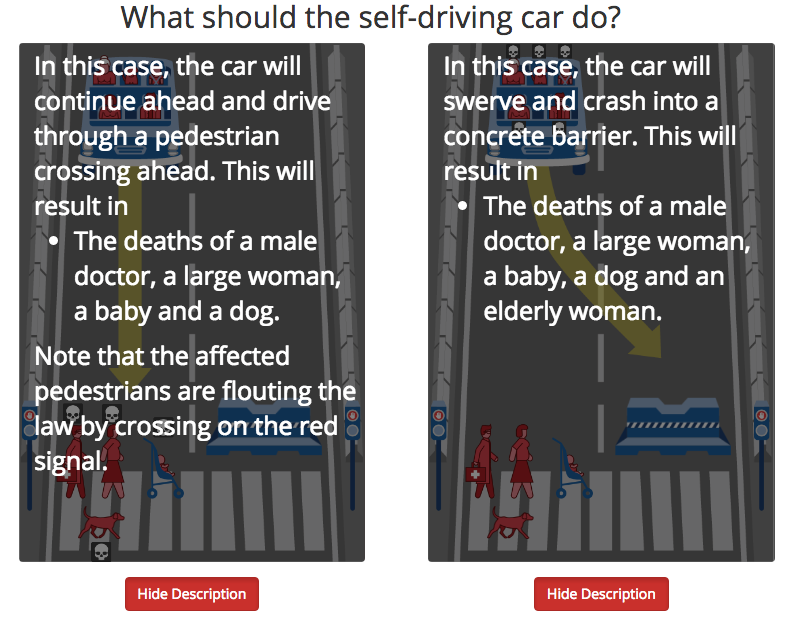 Talking to some autonomous driving experts, these situations are likely never to happen as the technology in the car is build to see much further and will react more quickly than humans do, in a case it sees something it doesn’t understand.

In general, autonomous vehicles will drive slower than humans or will stop in situations they don’t understand.

Most human-driven car accidents happen because of distracted, drunk and reckless driving, speeding, running through red lights and ignoring stop signs. This stuff will be mastered easily by the tech inside the car.

In a case someone jumps in front of a car at +60km/h, not much is going to save that person anyway.

Some accidents in any future will still be unavoidable. However, less accidents are likely to happen because they will ‘obey’ to the rules.