Work and Happiness in the Age of Artificial Intelligence

Ffifth-century Athens (also called Periclean Athens) is the Greek city-state of Athens in the time from 480 BC-404 BC. This was a period of Athenian political hegemony, economic growth and cultural flourishing formerly known as the Golden Age of Athens with the later part The Age of Pericles. Guided by statesman and orator Pericles, Athens produced some of the most influential and enduring cultural artefacts of the Western tradition. The playwrights Aeschylus, Sophocles and Euripides all lived and worked in 5th century BCE Athens, as did the historians Herodotus and Thucydides, the physician Hippocrates, and the philosopher Socrates.

Periclean Athens seems to be a good example of a moral society where people didn’t need to work to be engaged and productive.

Joi Ito, Director of the MIT Media Lab, recently published some thoughts about a discussion he had, at a meeting with technologists, economists and European philosophers and theologians, about the future of work in the age of Artificial Intelligence. Attendees included Andrew McAfee, Erik Brynjolfsson, Reid Hoffman and Sam Altman.

The question about how machines will replace human beings and place many people out of work is well worn but persistently significant. The total increase in productivity would create an economic abundance that will enable us to pay out a universal “basic income” to those who are unemployed. Others suggest a “negative income tax”- a supplement instead of a tax for low-income workers that would help the financial redistribution without disrupting the other important outcomes generated by the practice of work.

“Those supporting the negative income tax recognize that the importance of work is not just the income derived from it, but also the anchor that it affords us both socially and psychologically. Work provides a sense of purpose as well as a way to earn social status. The places we work give us both the opportunity for socializing as well as the structure that many of us need to feel productive and happy.”

Joi asks some truly essential humanistic questions in his article: Could we image a new age where our self-esteem and shared societal value is not associated with financial success or work, as we know it? What does it mean to thrive? What is our modern day eudaemonia?

“We don’t know. But we do know that whatever it is, it will require a fundamental cultural change: change that is difficult, but not impossible. A good first step would be to begin work on our culture alongside our advances in technology and financial innovations so that the future looks more like Periclean Athens than a world of disengaged kids with nothing to do. If it was the moral values and virtues that allowed Periclean Athens to function, how might we develop them in time for a world without work as we currently know it?”

Some quotes from Gerd Leonhard’s provocative new manifesto  Technology Vs. Humanity on this related topic:

There are two kinds of happiness – passing and profound. Technology is good at the first, but not at the second. The second kind – deeper happiness that involves Creativity, Originality, Reciprocity and Empathy (CORE) – is what defines humanity.

Source: The Future of Work in the Age of Artificial Intelligence. 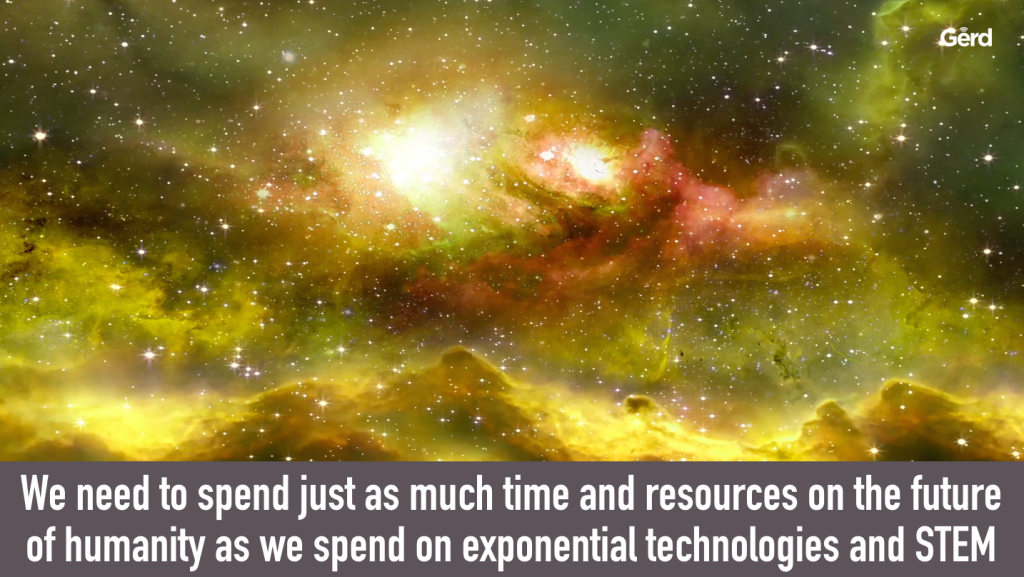 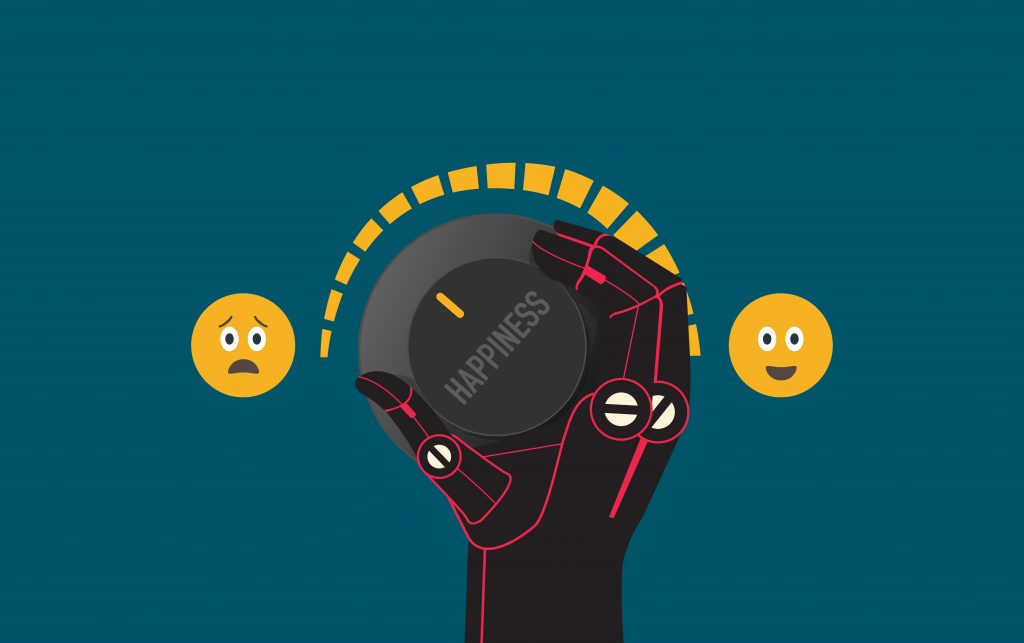