Technology is not what we seek but HOW we seek

Are you ready for the greatest changes in recent human history? Futurism meets humanism in Gerd Leonhard’s ground-breaking new work of critical observation, discussing the multiple Megashifts that will radically alter not just our society and economy but our values and our biology. Wherever you stand on the scale between technomania and nostalgia for a lost world, this is a book to challenge, provoke, warn and inspire.

One of the powerful key memes from the Technology vs Humanity book is the following quote from Gerd Leonhard, author of the forthcoming book (to be released on September 8, 2016):

Technology is not what we seek but HOW we seek

Increasingly, technologies are going beyond being mere ‘tools’, becoming their own ‘purpose’ instead.  Facebook used to be a tool for finding and connecting to friends; now it is a giant data-mining operation and global media company that generates billions of $ in advertising. LinkedIn used to be great to facilitate business connections between us, now it is becoming an engine for global HR/work/jobs analytics and we can’t even use most features anymore without spending serious money on subscriptions.  Only 2 out of many examples that issues such as worm-holing (using tech to get to the goal quickly while forgetting that the process is part of the goal as well; Tinder makes a great example here) 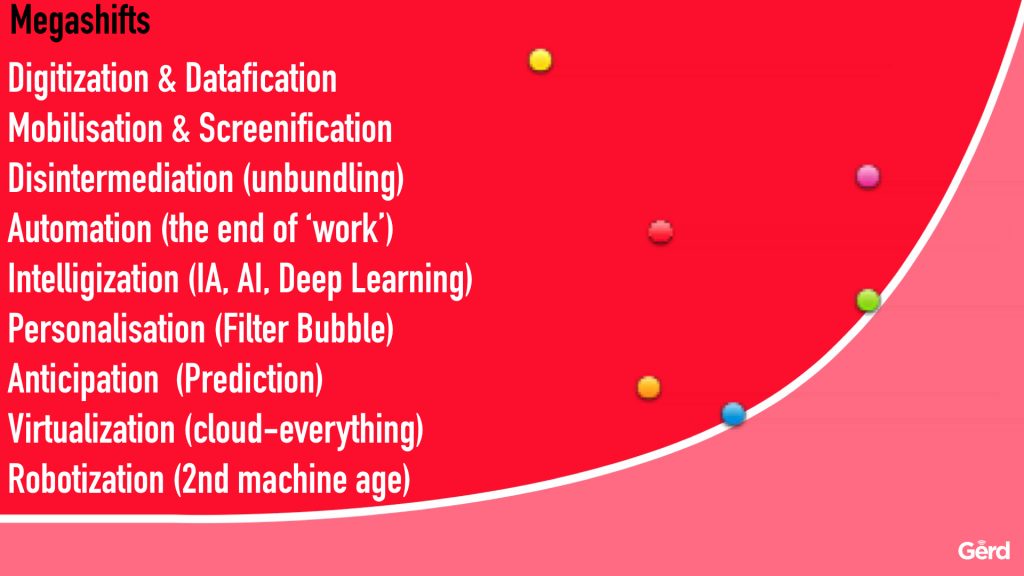 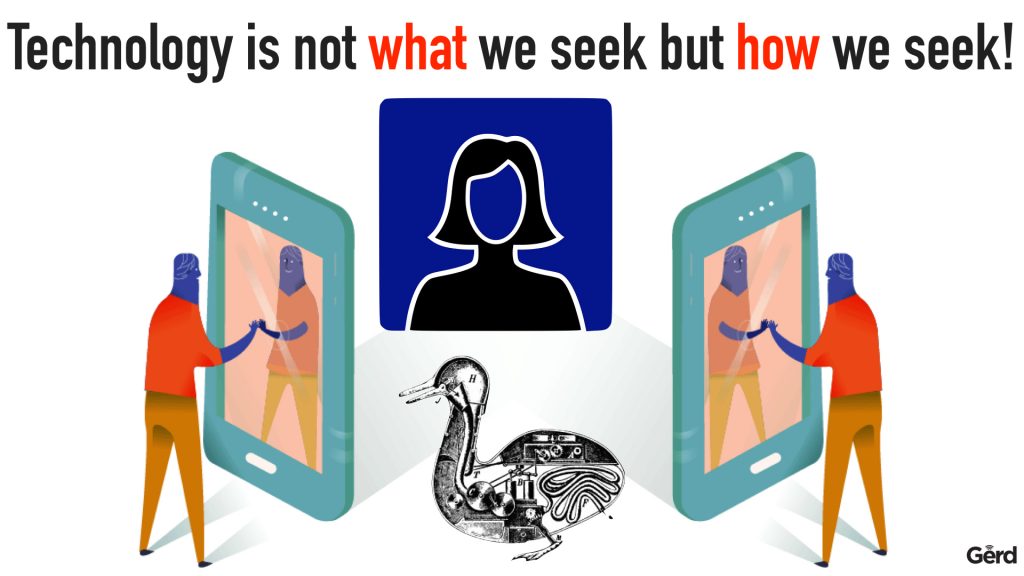